(Truth) A Handy Husband Around the House

Ladies, you will be jealous of me when I tell you this.  I have a husband who helps out around the house.  Granted, he has an odd work schedule that allows him to be home more than some other husbands.  But even if it were not so, he would still do things that he thought needed doing.  Of course, he takes care of the mowing, weedeating, and such.  But on any given day, he also might vacuum, clean up the dishes after dinner, do laundry, or give the kiddo a bath.  It’s lovely, to say the least.  He’s a hard worker, and a wonderful person.


Now, before you start asking what I put in his food to elicit this behavior, I do have one “however” for you.  Here goes:  He is, HOWEVER, still a typical man with challenged sense of aesthetics and décor.  He can make something look neat.  And he’s very sensible about re-using and recycling things, which is a great quality to have.  (Now do you have an idea where I’m going with this?)  But it’s still my job to make things look homey.


So, we had a cactus that was thriving on our back porch, and growing every day.  We actually discovered it was several plants, and could be transferred into separate pots.  Transfer we did, and the plants have done very well.  One in particular was growing so tall that its little pot was no longer sufficient.  So for a while, I walked past it on the back porch every day and thought, I really need to do something for that little plant.


Handy hubby to the rescue.  I was upstairs working the other day, and he was doing his usual helpful things downstairs and outside.


He came inside and informed me:  “I repotted that little cactus.”


After a pause, he smiled and said, “You’ll have to see what I used.  You’ll think it’s funny.”


I smiled and silently prayed, Thank you, Lord, that it’s on the back porch and not the front.  I’ll check it out later.


And before I go any further, please note that I am NOT complaining in any way.  I just think it is extremely funny. 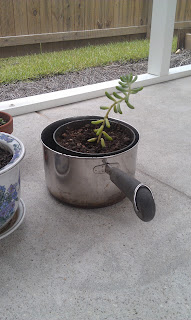 First, he put the plant in an old, broken, plastic pot that had been put in the recycling because it was dropping soil.  Then, he . . . What’s that?  Why yes, it IS sitting inside one of my old kitchen pots that I was going to throw away!  Now, here’s the best part!  He went to the trouble to rearrange all of the plants in (a man’s idea of) an attractive manner.  It’s really a very nice display, with one exception. 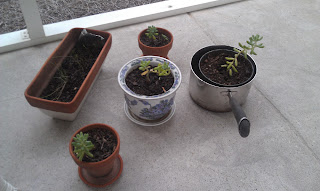 Maybe you remember the old Sesame Street song and can sing along with me:


One of these things is not like the others,


One of these things does not belong!


Can you guess which one is not like the others,


Before I finish my song?

Not only does he help out a lot, but he’s environmentally aware and very entertaining!  I love that man.

Posted by Perrin Cothran Conrad at 8:03 AM No comments:

Email ThisBlogThis!Share to TwitterShare to FacebookShare to Pinterest
Labels: gardening, Love and Marriage

Where is her happy ending? 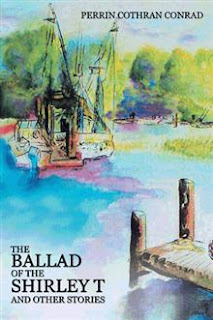 Many readers have communicated to me that the story “Get Your Own” from my recent collection The Ballad of the Shirley T and Other Stories stayed with them long after they put the book down.  This is a wonderful compliment for a writer to receive, of course.  While I’m happy to hear it, I can’t take credit.  And not only can I not take credit, but these compliments also serve as a reminder for me.  They are a reminder of something which I know I have to do.  I have to write the next part of the story.


Why is the story haunting?  So far, everyone has given the same reason.  Galya.  Is she okay?  What happened to her?  And here is my personal favorite among the comments:  Please write a sequel.  Yes, yes, I know.  I know you’ve only heard part of the story.  Her story was far bigger than I expected it to be, and there is much more to it.  It was very difficult for me to write, and the sequel is difficult, as well.


When God gave me inspiration for that story, I prayed over it before I began to write.  I asked God what story HE wanted to tell.  I asked Him to give me part of His heart.  I wanted the story to flow directly from the heart of God into my own, and from mine into the reader’s.  I continued to pray this as I wrote, day by day.


I knew then, and still know, that no human can ever conceive of the contents or capacity of God’s heart.  I am no dummy.  I would only receive a molecule of a fraction, a microscopic drop of an infinite source of love in order to write this story, but that tiny drop is more than enough.


Many times, I have felt the lightning strike and been able to sit down and “bang out” a short story in a few hours or a few days.  That was never the case with Galya’s story.  It came slowly.  It hurt.  I took extra precautions and felt especially burdened for her character.  I felt especially burdened to be delicate and truthful with what I was given.  From the very first sentence, Galya was my child.  I held her and loved her.  Day after day, I labored over it.


Once it was in the editor’s hands, I was told that the story had “too tidy” of an ending.  I knew it was true, and I cut the very end.  There was too much else to tell - in between where it ends now and where I knew it would ultimately end.


So, if you’re wondering, I’ll leave you with a clue.  Remember when Galya sat breathless, bleeding, and terrified behind the counter in the fabric store?  She was calling for help, but she hung up the phone and left.  She hung up too soon.  Help was on its way.  Where she went next, she could also find help.  But the real help that she wanted was already being dispatched, dear readers.


What challenges will she face next, and will her mother come looking for her?  Coming soon . . . Get Your Own, Part II.


Leave a comment and let me know – would you like it in print format or e-book format?  If e-book, do you have a Kindle or a Nook?
If you haven't read the first part of the story, click here (Paperback or e-book) to find it.
Posted by Perrin Cothran Conrad at 10:16 AM No comments:

I love writing flash fiction.  It keeps my muscles warm when I reach writer's block on another project.  Below is one of my flash fiction projects.  I hope you enjoy it. 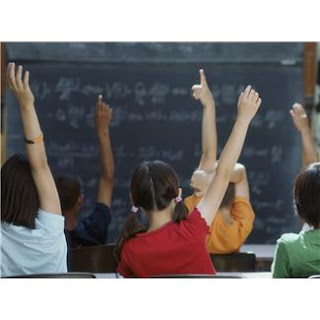 I knew exactly what I would get for Mrs. Carter for Christmas.  My mother walked me into McCall’s Pharmacy downtown, and my brown, leather shoes thumped quickly across the wood floor.  My knee socks started to slide down.  “Slow down, Virginia,” my mother admonished.


I sighed heavily and heel-toed my way to the cosmetics section.  A shelf displayed large bottles of scented hand lotions.  The palette was overwhelming, but all pastel.  For every fruit, flower, tree, or nut, there was a different color of lotion, and a different picture on the bottle.  I stood before the pinks and chose the one with a rose on the label.


“That’s what you want to get her?” my mother questioned.  I nodded.  Her curly red hair was unruly that day, and she tucked it behind her ear.  Checking the price, she added, “Well, all right,” then handing it back, “Why this one?”  I knew why, but I wasn’t sure how to articulate it.


Mrs. Carter’s hands were always wrinkled and dry.  It was probably from all the chalk dust.  She would tappity-tap-tap down that blackboard with little white crumbs flying in every direction.  The eraser would make a soft pop, then swish the dust back and forth at the front of the room.


Loose skin hung from Mrs. Carter’s “old lady” fingers, as I thought of them, giving them a soft look, like milky velvet.  But a white-knuckled grip forced the obstinate, swollen, old windows in the classroom open on pleasant days and told of the unbreakable strength in the bones underneath.  With a red pen, she graded our papers using perfect flourishes, angles and loops typical of old-fashioned cursive.  The words she wrote had all the propriety and politeness of an invitation to tea with the mayor’s wife.


Mrs. Carter’s fingernails were always manicured and neat, but never too long.  Great length would not have been practical for a teacher charged with educating twenty-two fourth-graders.  After all, those hands had to pat shoulders under falling tears.  They had to sew buttons back onto a dress after a tree-climbing accident at recess.  They had to steer dirty, sweaty necks to the principal’s office.  They had to shuffle papers, carry books, slap a yardstick on a desk to get attention, move thumbtacks on a bulletin board.  Those hands baked cupcakes and brought them to school once a month to celebrate birthdays.  They dialed a parent’s phone number when a child seemed troubled or had slipping grades.  They clapped at the conclusion of oral book reports.  They dug in the dirt and captured small creatures in the name of science.  Those were busy hands.


On her left hand through it all was Mrs. Carter’s thin, tight wedding band.  She had told us during the first month of school that she never took it off, nor did her husband remove his.  I thought that was wildly romantic and sweet, for a couple to be so deeply connected as to never remove their wedding bands.  When we were practicing our long division one day in October, a delivery boy brought a magnificent bouquet of pink roses into the classroom.  It was an anniversary gift from Mr. Carter.  Pink roses were Mrs. Carter’s favorite.  She told us she thought they were soft and ladylike, but with a strong stem not easily broken or bent.


So I tried to condense it all and answer my mother’s question, “Why this one?”  before we got to the cash register.  I finally looked up at her as we got in line.


“Because,” I said simply, “she has beautiful hands.”
Posted by Perrin Cothran Conrad at 10:33 AM No comments: