Does It Get Easier? 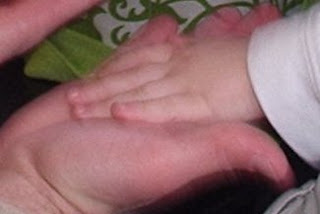 I remember when my son was a tiny newborn.  It seems like yesterday, but it was four and a half years ago.  He was a sweet, easy little baby to have around.  I didn't know that at the time, though.  I was so overwhelmed by the feelings associated with first-time motherhood.  Things that dominated my mind were such as:  "Am I doing this right?"  "Is the formula too hot?"  "Is the formula too cold?"  "How long has he had this dirty diaper?"  "What if I drop him?"  "Does he know who I am?"  "Is he still breathing?"

I bumbled along, wondering, worrying, and going one hour at a time.  When my son was almost a month old, my best friend arrived for an overnight visit.  I had never been so glad to see her.  Having a six-year-old and three-year-old herself, I knew she would be able to shed some light on what I was doing right or wrong.

"You're doing fine, you know," she said halfway through the visit, sensing my uncertainty.  Those words of reassurance made a haze dissipate and the sun shine down into my living room.

Toward the end of her visit, I was reflecting on the lack of sleep (which really wasn't an issue for me, since my baby started sleeping through the night at 11 days old. However, the complications after my C-section made up for it.), the stress of not knowing what I was doing . . . well, I can't even remember now what it was that I thought was so hard.  But I thought this motherhood thing was tough, and in retrospect, I want to laugh at myself for asking her that question.

But my friend didn't laugh.  She thought for a moment and said, "It gets different.  I won't say easier.  As soon as you get everything figured out, something new will come into the picture."  Bless her heart, she didn't want to scare me.  What I have realized over the last four and a half years is that it gets both easier and harder with each passing year.  She was right - it's just different.

I never thought I would be such an emotional basket case over my child changing schools at age four, but I have been.  We have said goodbye to the wonderful preschool where he has been for the last three years, and are gearing up for "big kid school" in the fall.  The adjustment for me will be having him away from me for a full school day, five days per week.  It will be a big change from our three day per week, 9-12 routine.

On the other hand, I think he will thrive, and I would never want to hold him back.  I'm excited for him, but it's just breaking my heart that he will turn FIVE at the end of this year and leave behind the "little years."  For years now, we have woken up in the morning whenever we felt like it (usually sunrise for him). The years where we hang out in pajamas while we read books or watch Curious George, eat snacks and play with toy cars, or get in the car to go putz around in Target at 10am . . . are over.  I know we still have this summer, and other summers.  But it feels like more than just a new chapter in the book.  It feels like a whole new volume in the series.

There were days I thought this time would never end.  There were days I prayed for school to come sooner, so that I could go about my business and get other things done.  But while it seems to drag day by day, the years are flying past us.  Where did they go?  While I would never want to re-live him getting his little 20-month-old head stuck between wooden rods in a chair back, the scary ER visit with the high fever, or some of the harrowing potty training moments, I wish I could go back and visit earlier times just to drink in his littleness and his sweetness.  And I wish I could take back the times I yelled at him in frustration.

But, I can't.  And as my friend pointed out to me so long ago, I have found that it never really gets easier, just different, on a good day.  And yes, sometimes it is harder.  She just texted me a few moments ago and said, "Hang in there!  I'm not going to tell you it gets easier, because it doesn't."  I know she's right.

Today, I feel that complicated motherly conundrum: simultaneous joy and mourning.  I am mourning the end of a "little" phase of his life.  My baby is no longer a baby.  But I am joyful and amazed by the wonderful little boy he is becoming.  I would never, ever want to hold him back.  But it sure is hard to say goodbye to the "little years."

I'm going to inhale every moment of this summer with him like it's the last breath I will ever take.
Posted by Perrin Cothran Conrad at 7:56 AM No comments:

Keep It At Home 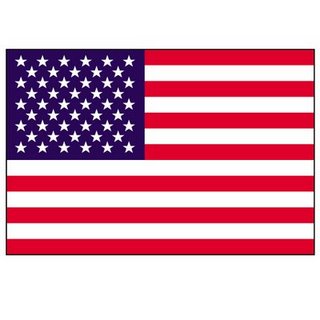 “Buy American,” friends and relatives have told me over the years.  Nodding my head in agreement, I would think to myself, If only I had time to look.  When you’re in a hurry, it’s not usually a good time to start a new habit.  But even during times when I wasn’t that busy, I would forget to check to see where merchandise was made.


Until recently.
The recalls on dangerous products made in China have been mounting over the last several years.  Our economy is still in the gutter.  People are still losing jobs and homes.  Crime is on the rise as more people become desperate.  A  comeback will rely, in part, on putting Americans back to work.  Decreasing our imports and increasing our exports would be a great start.  But major retailers here need to get the message first:  We want to buy American.  I think many people are like me:  they think buying American is a great idea, but don’t have the time to stop and think about something else in their hectic lives.  But I have resolved to do my part by buying more American goods.
I was shoe shopping recently.  Here is what I found:  Made in China, Made in China, Made in China, Made in China, Made in China, Made in China, OH! Made in Italy!, Made in China, Made in China, Made in China, Made in China, Aha!  Made in India!, Made in China . . . you get the picture.  Not one pair made in the U.S.A.  Now, shoes made in America are a bit harder to find than some other products.  But walk into any big store and look for most any product.  Wal-Mart, Tuesday Morning, or any other, and just walk around and take inventory.  What you will find may shock you.  It shocked me.
I recently did this when shopping for toys, clothing, bed linens, towels, picture frames, scrapbooking supplies, gift items, greeting cards, and a few other things.  Almost everything I picked up was made in China.  There were a few things made in India, Pakistan, or Thailand.  There were a very few made right here in the red, white, and blue.  We are literally pouring our hard-earned paychecks into other countries (mainly the communist People’s Republic of China).
Please understand that I am not anti-China, nor am I saying we should not buy any products made outside the U.S.A.  That would be pretty much impossible, or very difficult.  Check out one man’s mission to use only American products for 30 days here:  http://www.usa30days.com/
I just think, in this instance, that we should take care of our own before we take care of others.  I understand that products from China are much less expensive, but nine times out of ten, the quality is also inferior.
Trying to go “cold turkey” on American-made items is overwhelming, though.  Pick one or two suggestions from the list below to ease yourself into the habit.


2.       Pick one or two categories.  For example, tell yourself you will only buy toys or clothes made in the U.S.A.


3.       If you have time while shopping, start checking products before you place them in your basket.  Make an effort to put more “Made in the U.S.A.” items in your basket than items made in any other country.  You might pay a little more, but it’s worth it.


4.       Buy from local artisans.  Even if they use some materials from another country, the labor is still local!


5.       Buy from neighbors with home-based businesses (like Premier Designs Jewelry, Thirty-One Gifts, Partylite, etc.), even if some of their products are made in China . . . you are still helping an American company, and helping your neighbor who is working hard at her home-based business.


That’s a start, and you are helping a fellow American keep his or her job for another day.


Americans will work hard.  We just need the freedom to do so.


Need a few resources to help you get started?

How about you?  Do you try to buy American?  Do you have any favorite American-made products?
Posted by Perrin Cothran Conrad at 12:56 PM No comments: